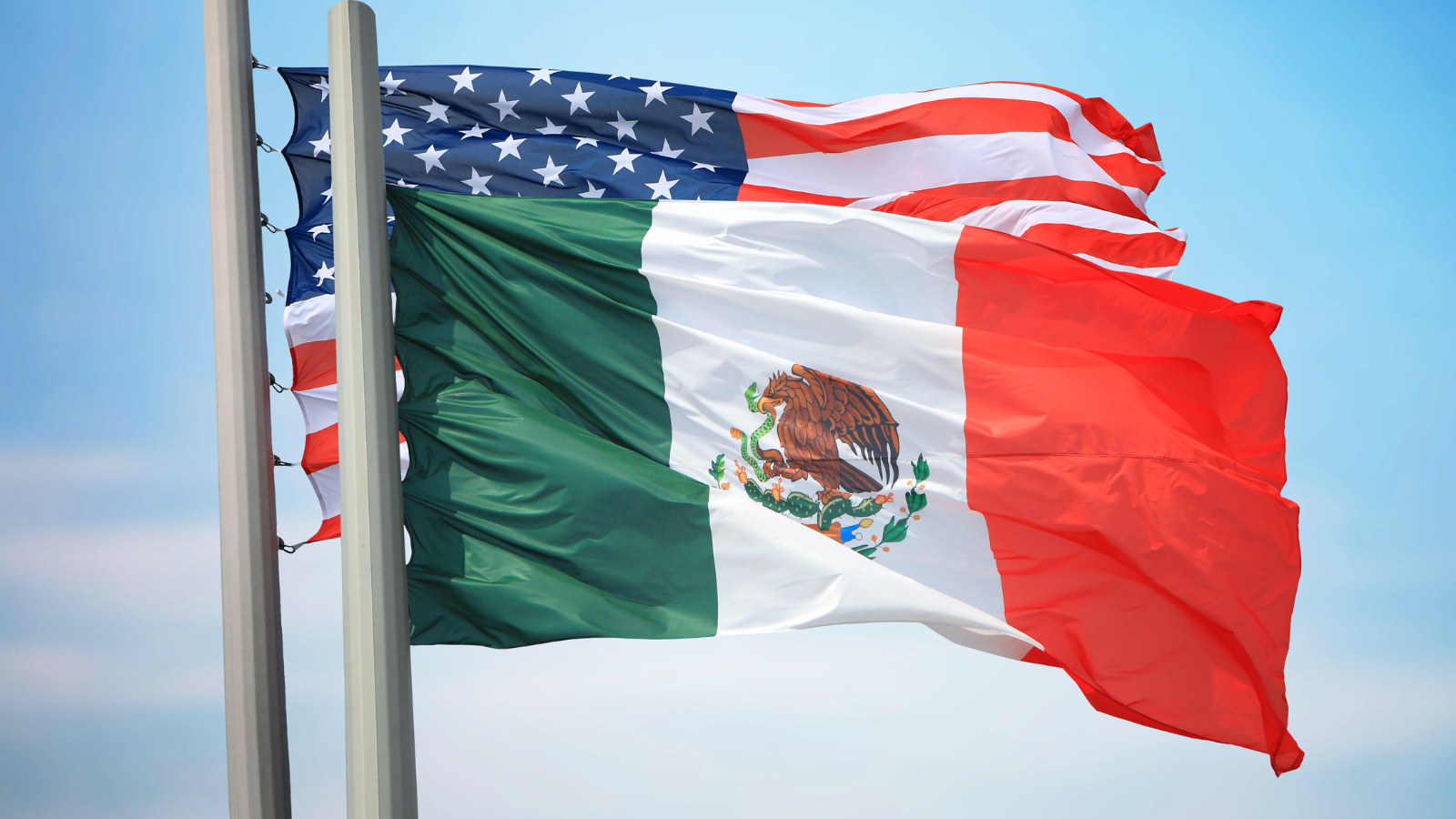 There is no question that the U.S.-Mexico border is dynamic in a way that few others in the world are. The border is bounded by deep cultural and community ties: families living on both sides of the border, binational educational efforts, shared traditions, and countless others. Border communities also work together in politics and activism initiatives. Just as important, economic and commercial ties are bedrock of border life.

People who live along the border, either in the Tijuana-San Diego area, the Matamoros-Brownsville region or any border community in between, frequently describe themselves in Spanish as “fronterizos”. For them, having a foot in both nations is a given. A fronterizo would not be surprised to hear that trade between both countries made Mexico the second largest individual trading partner for the U.S., with a total trade amount of US $725.7 billion in 2021. Even less surprising would be the fact that Mexico is the main import supplier for 9 U.S. states, including Texas, New Mexico and Arizona.

Current trade trends are the results of almost two centuries of interaction. On December 12th 2022, the U.S. and Mexico will celebrate 200 years of diplomatic relations. It’s this constant dialogue that has allowed for a deep socioeconomic integration between both countries, particularly in northern Mexican states and their U.S. counterparts. This relationship has led binational trade to grow over 900 percent over the past 30 years, and allowed for ambitious collaborative projects such as the Cross Border Xpress (CBX) crossing between Tijuana and San Ysidro which has facilitated efficient movement of people.

But how does this vision of a country with on foot in North America translates into public policies in Mexico? Is this North American Way seeping into the policies implemented by Mexican decision makers? Or is it just something limited to the actions and strategies of key, state and local Mexican players at the border?

Some recent developments suggest that it may be the latter. We’ve seen many successes of economic and political cooperation in recent years. One example is collaboration during the pandemic at the time when the border was closed to non-essential travel. Officials in border  Ciudad Juárez, Reynosa and Tijuana were able to get workers to cross the border and get a Covid-19 vaccine in the U.S. side which allowed protecting the life of essential personnel for many companies with manufacturing plantson the Mexican side. Recently, the state governments of Nuevo León and Tamaulipas brokered deals with Texas to remove enchanced inspection restrictions on trucks crossing the border. This allowed for Mexican goods to cross into Texas at their usual pace. Further, cross-border economic organizations in states such as Baja California, Chihuahua and Tamaulipas continue to forcefuly promote business deals and investment . However, all of these efforts have one thing in common: they’re planned, led and implemented regionally, by states and for the states.

At a national level, success stories are a bit harder to find. Two examples make it clear that the situation is not the same as in the border. On one hand, Mexico is still embroiled in a dispute settlement process involving U.S. concerns with the Mexican government’s energy policies and the commitments that the country signed and agreed to in USMCA. The current consultations process could result in the establishment of panel with potential repercussions for Mexico. Another concern involves the fact that Mexico was not included on the list of potential members of the proposed U.S.’s “Chip 4 Alliance” initiative, seen by the U.S. as a strategic partnership to boost semiconductor manufacturing capacities to strengthen its supply chain. This, despite the highly integrated nature of Mexian manufacturing with U.S. producition, and also despise officials on both sides have discussed such possibility.

It’s undeniable that engagement and dialogue is actively happening at the national level. The Mexican and U.S.’s federal governments, business groups and chambers, as well as think tanks and NGOs, have continued to be active, fostering discussions and proposing strategies. The High Level Economic Dialogue (HLED) between both countries was also relaunched in 2021, after a four year hiatus. However, there comes a point where dialogue shows its limits. Communication is important, but its just the first step in the path towards results. What the Mexican border state-level success stories have in common is that they leveraged the dialogue into concrete plans and actions, which in turn resulted in bilateral solutions that guaranteed the continuity of integrated production and efficient trade, both of which have a positive impact on the livelihoods of people living on both sides.

If we truly want to see a binational U.S.-Mexico partnership, where the integration and economic growth seen in the border is replicated in other Mexican states (including those with lower GDP rates) we need to take note of the blueprint set by them. The North American Way, the way of the fronterizos, shows that when dialogue is joined by actual actions and joint efforts, results are possible. We can’t expect the former without the latter. In this, as in many other cases, actions will speak louder than words.

*Astrid Salazar works at CIL, an international logistics company with presence in Southern Texas and Mexico. Ana Bertha Gutiérrez is the Coordinator for Foreign Trade and Labor Market at the Mexican Institute for Competitiveness (IMCO) in Mexico City. Both Astrid and Ana Bertha are alumni of USMX260, a U.S.-Mexico Foundation Initiative, and participated in the Louisiana Americas Competitiveness Exchange (ACE). The US-Mexico Foundation is a binational non-profit organization dedicated to fostering bilateral cooperation and improving the understanding between the United States and Mexico by activating key people in the relationship that once were dormant.